Daughter-Daddy take on the silver lining in ugliness 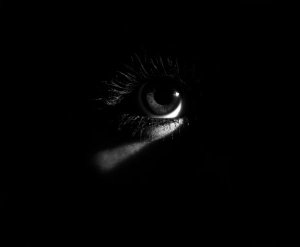 Close your eyes. What do you see? Is it something ugly or beautiful? Both words are typically based on what we see, whether it be a mountain, sunset, architecture, or a human face. I find physical, tangible beauty rather boring. Sure, some people considered “ugly” have hearts of gold. However, much like beauty, ugly is relative and depends on the eye of the beholder, making all ugly/beautiful discussions, relating to sight, irrelevant. Everyone is beautiful so long as they think so. Instead of choosing a physical beauty topic I choose something ugly that affects our human existence.

Eighty percent of the world’s population lives on less than ten dollars a day. The poorest forty percent accounts for only five percent of the global income. An estimated twenty-one thousand people die a day from hunger. Poverty is not some idea we can or should hide from. It is the rule not the exception. Vile things happen all over the world, but the eradication of poverty is hardly an easy feat. While researching statistics I discovered countless stories of people living in destitution; it appeared impossible to find a silvery lining. I began to think of the people in poverty. Why does it seem to be that the people, who have the least, tend to give the most? The smiles on the children’s faces that find joy in a corn, husk doll or trash ball are the epitome of beauty in tragedy. It is refreshing to see kindness in the eyes of fathers and mothers. Not so much see, but feel the raw humanity that should have been the norm. While I was in Puerto Rico, the people were welcoming and shared what meager food they had. The sad truth is in America, even with everything we have, most will never feel the silent contentment of one who sees a meal as a gift meant to be shared.

Permit me to relate something on the lighter side.

Three particular cars make our front yard look like a boomin’ business for an auto repair and detail shop:  (1) a 1997 Plymouth Voyager Van, (2) a 1992 Buick Park Avenue, and (3) my all-time favorite, a 1985 Toyota pickup that I fought and won in a .22 gauge rifle war with some other Idahoans.

As you can see, chunks of paint and plastic decal are falling off my van to reveal sandy patches of rust. 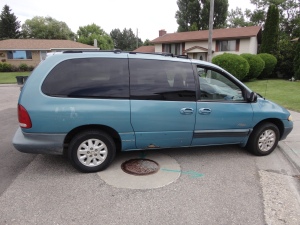 My Buick sports a two-tone color.  If I were to repair a few other exterior breaks and dents, what parts from the junk yard would you suggest to provide dynamic accents to the tan and white? 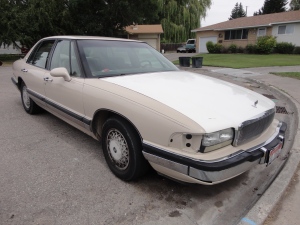 In regards to the interior, how would you handle the collapsing ceiling fabric?  For now, I have resorted to a staple gun. 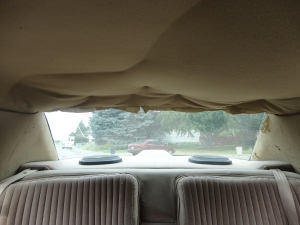 And then there is my ol’ Toyota riddled with holes. 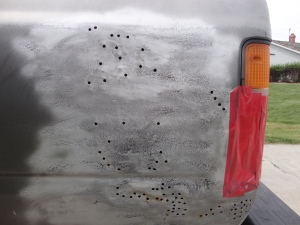 It has weathered many Idaho seasons and collisions.  By the way, I am just kidding that I gained this small pickup truck through a gun war.  Yet doesn’t this beauty fit the bill for an Idaho redneck?  I need to plaster the whole exterior with all my favorite outdoor gear and recreation stickers. 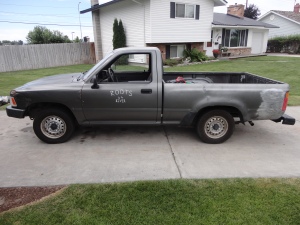 So can you judge a man by what he or she drives?  Though I admire sleek, shiny cars just as much as anybody else, I can also own and drive an ugly car through the streets of Idaho Falls.  It bothers me not.  And believe it or not, each one of these vehicles packs a silver lining.

I have lost count of all the ministry trips that I have made hauling young people to church services or youth activities.  At times, I know that I have been on the verge of packing illegally this van to the point of competing with a Kenyan matatu.  We have had some wild rides in this blue wave.  And of course, we won’t even begin to tell all the tales of our big-road trip family vacations.  Year after year, our van never failed in giving us some kind of adventure.  The silver lining is the funny memories.

Each one of the battle scars on this low rider point to a good friend or a spiritual lesson.  The car used to belong to a Northwest Baptist church planter/missionary in Wyoming.  He hit a deer and decided to discard the vehicle.  The director of Red Cliff Bible Camp rebuilt the whole front end.  He told me that Pastor Patrick Heeney installed the sound system.  The bass is so powerful, I can make the car literally rumble.  So after buying this car, you will notice that it has received over the years a few fender-bender scars in Idaho, ahem . . . ahem . . . through my oldest teenage boy in his learning how to drive.  I will never forget staring at a financial bill after picking up the Buick from a local body shop.  There were three big words in red stamped over the cost – “PAID IN FULL”.  It was anonymous.

And do you see this dent? It is on the driver’s side and above the back wheel. 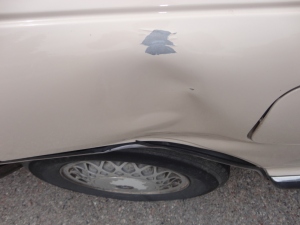 I received this anonymously from someone turning in the church parking lot from First Street.  On that particular Sunday morning, I was preaching on the text, “Love bears all things, believes all things, hopes all things, endures all things.”  Who says that God does not have a sense of humor?  The silver lining is the visual reminders of people to pray for and gospel promises to believe.

This bucket of bolts has close to 250,000 miles on its odometer.  It’s got a cracked windshield, metal wires poking through seat cushioning, and lots of dents and scrapes.  But here is the silver lining.  Out of the eight cars that my wife and I have owned in our twenty-three years of marriage, this has been by far the most humorous and fun thing that I have ever driven.  And for the icing on the cake—it gets thirty-five miles to the gallon.

I bet you have a silver lining connected to the ugly cars you drive.

I am a servant of Jesus in Idaho Falls, Idaho. Join me in seeking Jesus in this city.
View all posts by Todd Wood →
This entry was posted in devotion and tagged Buick Park Avenue, giving thanks, grace, joy, silver lining, Toyota pickup, ugliness. Bookmark the permalink.